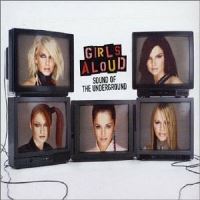 It was Noel Gallagher who once said, “The chart of only relevant when you’re at the top of them.” Maybe for a musician, but for any casual radio listener it was always the coveted Christmas number one that got the attention and the publicity, at least until 2001 when after that it was fairly predictable that a reality TV star would head the festive chart – with the occasional exception. This week’s choice was the first to do it.

The first series of Popstars produced the number one group, Hear’Say, and, in a surprising move, a group of also-rans, Liberty X, did even better and had a lengthier career. Pop Idol was even more popular than Popstars, largely because the public could vote, and so telephone voting was introduced for the second series, Popstars: The Rivals. The presenter was Davina McCall, who was used to evicting contestants from the Big Brother house, and the judges were Geri Halliwell, Louis Walsh and Pete Waterman. The public interest was enormous as the members were selected for the girl band, Girls Aloud (to be managed by Walsh), and the boy band, One True Voice (to be managed by Waterman). Come to think of it, whatever happened to One True Voice I hear you ask? Hmmm, history!

More importantly, the winning members of Girls Aloud were Nadine Coyle (the 17-year-old lead vocalist from Derry), Sarah Harding, Nicola Roberts, Cheryl Tweedy and Kimberley Walsh. The surprise at Javine Hylton being voted out led to bets that she would have her own hits before the end of 2003 and, indeed, she found herself in the Top 20 with Real Things and Surrender (Your Love).

Sound of the Underground was written by Xenomania who were a Kent-based song writing and production team founded by Brian Higgins and Miranda Cooper who had a track record of penning hits by the Minogue sisters, Cher, Pet Shop Boys, Sophie Ellis-Bextor, The Saturdays and Sugababes. On this hit an additional writing credit went to Niara Scarlett who was later one half of the one-hit wonder act Mania who had a number 29 hit in 2004 with Looking for A Place. Whilst writing it, for the chorus, Scarlett began singing the wheels on the bus in case you spotted a similarity.

What may surprise you is that the song was not written for Girls Aloud, it was originally penned for Miranda and Brian’s own girl group project Orchid, who had a record deal lined up with Polydor, but was cancelled. That group comprised Giselle Sommerville, Louise Griffiths and Eve Bicker.

It’s a light-hearted pop disco song with a feel for the beat and dance to loud music just to annoy the neighbours, all summed up in the first verse; ‘Disco dancing with the lights down low, beats are pumping on the stereo. Neighbours banging on the bathroom wall, you’re sayin’ crank the bass, I gotta get some more.’ What also make it’ stand out and distinctive is the surf-like guitar riff over a drum and bass rhythm.

Because there was a race to get the song out after the show’s finale and in time for the Christmas chart, Brian had all final 10 girls in Popstars: The Rivals record it after they’d made it to the live shows, but rumours went around that some of the girls were disheartened because they weren’t told the style and were expecting a lush ballad. But each week Brian cleverly deleted the voice of each eliminated contestant from the final recording.

Sound of the Underground, which according to Cheryl Cole: Her Story, an unauthorised biography was also turned down by Samantha Mumba, spent a month at the top of the chart. As for One True Voice, they spent a mere week at number two then began to descend the chart. They did, however, chart one more song; six months later Shakespeare’s (Way With) Words reached number 10 and after four weeks they were gone forever.

The Girls Aloud machine has gone from strength to strength having, to date, notched up 23 UK hit singles, 21 of which made the top 10 and includes four number ones, their last of which, The Promise in 2008, being as catchy and as distinctive as their first.

Girls Aloud did make unexpected headlines when their road manager, John McMahon, was killed when their van crashed on Christmas Day with McMahon well over the limit. Also, Cheryl Tweedy (Cole) was found guilty of assaulting a toilet attendant at The Drink Club in Guildford. She was fined £3,000 and sentenced to community service and despite apologising to the group and to fans, she neglected to apologise to the victim.