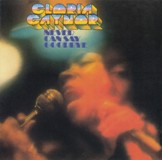 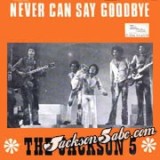 Disco queen Gloria Gaynor had a knack of recording sad songs but making them upbeat and happy so you wouldn’t really know the sadness behind it. Her transatlantic number one I will Survive, was not about a broken down relationship between a man and a woman, it’s actually about the song’s lyricist, Dino Fekaris getting fired from his job as a staff writer at Motown. Gloria’s debut UK hit was Never Can Say Goodbye which reached number two in early 1975 and is a happy disco anthem but the story behind it is not so uplifting.

The song was written by Clifton Davis who turned up at the Motown offices one day and began playing the tune he’d written on a piano. In the next office was the producer Hal Davis (no relation) who has having a conversation with another producer called Jerry Marcellino, “I heard this melody and it kept interrupting my ear,” said Davis in the Complete Motown Singles book, “I told Jerry ‘that’s a hit, whatever it is.'”

Clifton was 25 years old and had brought the song to Motown looking for a publisher and Hal promised he would cut the song with the Jackson 5. “This was an emotional song that meant a lot to me when I wrote it,” he stated in J. Randy Taraborelli’s book Michael Jackson: The Magic and the Madness. “I wanted to sing it myself really but how could I resist letting Michael have it, but I was worried that he might not understand the lyrics of pain and heartbreak. I recall him asking about one of the lines, ‘there’s that same unhappy feeling, there’s that anguish, there’s that doubt’ and he asked me what anguish meant, I explained and he shrugged his shoulders and sang the line.” Suzee Ikeda was Hal’s assistant and recalled, “When he sang that line he surprised us all with the feeling he put into it.”

Once the track was recorded in June 1970, there was concern among the powers that be in Motown about releasing it believing it to be too adult for the teen group. This annoyed Hal so the next day he played the song in his office at a much louder volume than he ordinarily would have and the label’s founder, Berry Gordy, whose office was next door, came running in saying to Hal, “Hey, that song’s a smash.” Hal replied, “I know but they won’t release it,” to which Gordy replied, “They will now.” It reached number two on the Billboard single chart but number one on the R&B chart and thus earned the group a Grammy nomination for Best R&B song but lost out to Bill Withers’ Ain’t No Sunshine, a song which Michael covered the following year and reached the UK top 10.

It was that song that prompted the Jackson 5 to take their show on the road as Michael recalled in his autobiography, Moonwalk, “The crazy days of the big Jackson 5 tours began right after the success we had with our records. After Never Can Say Goodbye was a hit in 1971 we played 45 cities that summer followed by 50 more cities later that summer.”

Never Can Say Goodbye has been covered numerous time, notably by Isaac Hayes in 1971 on his album Black Moses who did it in a deep-voiced mature adult way, the same year Motown acts The Supremes and Junior Walker gave it a go. There have been respectable versions cut by Andy Williams, Sheena Easton, Sonny & Cher, Vanessa Williams and Westlife, but it was back in the UK top 10 in 1987 when The Communards took the song to number four. The track also featured in the 2006 animated film Happy Feet where Nicole Kidman renders a few lines and, naturally, Glee got in on the act when it was performed by Dianna Agron during the third season in 2012.

Clifton Davis, who went on to star in the American television shows That’s My Mama and Amen in which he played a Pastor, also wrote the Jackson 5’s follow up hit Lookin’ Through The Windows which reached number nine in the UK. In the late eighties Davis became a real-life Pastor and since 1993 has been active part of children’s services organization called Youthville in North Carolina.