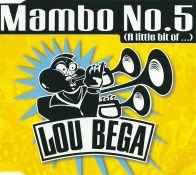 In the fifties Cuba was run by the corrupt General Batista, who kept most of his citizens in poverty. It was liberated by Fidel Castro in 1959 when he and his bearded guerillas took control – they were actually known as Los barbudos (The bearded ones). President Kennedy did not support Castro and so Castro declared the country to be a socialist republic and aligned himself with Russia. If the Russians had not backed down in 1962, there could have been another world war.

The CIA had many, almost comic plans for removing Castro including presents of exploding cigars. He has survived assassination attempts and was still in control until April 2011. His compadre, his Ministry for Industry, Che Guevara, was less lucky: he left Cuba in 1965 and continued guerilla warfare in Bolivia. He was killed in 1967 but he lives on as a poster and t-shirt icon.

Although Castro appreciated the importance of song (his guerillas had guitars as well as rifles), the new order affected the lifestyle of the main Cuban musicians and they either emigrated to America (until that loophole was closed in 1964) or were reduced to poverty, The beautiful music continued, however, and the mambo and the cha-cha retained their native popularity. Because of the détente between America and Cuba, few Americans knew of the music.

The Cuban bandleader, Pérez Prado, toyed with the concept of the mambo in the early Forties. He had the concept of adding American swing music, especially the saxophone, to Afro-Cuban rhythms and he wanted something more exciting than the rhumba. He said, “I am a collector of cries and noises, elemental ones like seagulls on the shore, winds through the trees and men at work in a foundry. Mambo is a movement back to nature by means of rhythms based on such cries and noises and on simple joys.”

Pérez Prado recorded numerous mambos, often giving his original compositions names like Olé Mambo, Manhattan Mambo and Mambo-Jambo. When he ran out of inspiration, he would simply number them and Mambo No. 5, in 1950, was one of a series of eight. Mambo in its time became old-fashioned and was replaced by salsa.

Lou Bega was born David Lubega in Germany in 1975 to Ugandan and Italy parents who both loved Pérez Prado’s music. He made his first album as a rapper in Munich in 1990. He achieved popularity as a singer and rapper and trumpet player. He set about writing lyrics to Mambo No. 5, paying tribute to Angela, Pamela, Sandra, Rita, Monica, Erica, Tina, Mary and Jessica. It was reported at the time that the girls he mentioned were all former girlfriends but is it really likely he had chosen a stack of women whose names ended with an A? Unlikely.

Bega did say in an interview with Fox News that the story was a simple one. “I dated a lot of pretty nice ladies when I was younger. These names of my past, you know, just came to me and I wrote it down, got the melody and the rest is history.” He went on to say, “My favourite is Sandra, that’s why she was the one in the sun.”

The song was first issued in Germany where it went to number one and stayed there for 17 weeks and a record-breaking 20 weeks in France. It became so popular that import copies started to sell in the UK and when RCA realised, they released it here and it went to the top. It also went to number one in 20 other countries.  He looked elegant in his thirties hat, white suit, pocket handkerchief and spats and he said, “Never lose your joie de vivre; there is more beauty around us than we can possibly imagine.”

It was covered in 2001 by Neil Morrissey as Bob the Builder where it went to number one again but with time with re-adapted lyrics and regularly name-checking Dizzy, Lofty and Roley.

The year before, it became the theme song for the 2000 Democratic Convention which was Bill Clinton’s party and that night he gave the opening speech. It became a bit more of a joke when someone noticed the line, ‘A little bit of Monica in my life.’

← Hats off to Larry (Del Shannon)
Einstein A Go-Go (Landscape) →