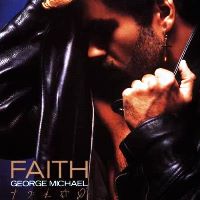 George was an exceptional talent who was more than just a singer. When he hit number one in 1987 with A Different Corner it was written in the music press that he was the first solo artist to write, produced and arrange his own number one, actually Stevie Wonder had done it two-and-a-bit years earlier, but hey, George said of that song, “I felt like shit. I went in and recorded exactly the way I felt, and that’s the way it sounds. It was partly Wham! and partly the end of a relationship” Faith was George’s first solo album and Faith, the single, was the second track released from it after I Want your Sex. Arguably, Faith was a much more memorable song.

By the time George came to record Faith he was obviously in a better place because he said of Faith at the time, “It represents the way I feel at the moment. It’s kind of another word for my hope and optimism. You know, faith to me is just really such a strong word and the more I got into the idea of the song being the single, the more I liked the idea of using it as the title track.”

The song is not about having faith in an ongoing relationship but more about what might happen next. Although not necessarily biographical, George sings about one relationship ending of which he was hurt and upset and obviously still loves that person, but on meeting someone new he states, ‘But I gotta think twice before I give my heart away, and I know all the games you play because I played them, too’. He then explains, that if this new relationship is worth pursuing, let me recover – ‘Oh, but I need some time off from that emotion, time to pick my heart up off the floor.’

The song’s intro begins with a church organ which is supposed to denote devotion and was played by Chris Cameron who used a church organ preset on a Yamaha DX7 and then launches into, ‘Well, I guess it would be nice if I could touch your body, I know not everybody has got a body like you’ which is clearly about wanting to get it on. Faith also has a very distinctive guitar style which was played by the Scottish musician Hugh Burns and was modelled on a Bo Diddley style and very much resembles the sound heard on the Crickets’ 1957 track Not Fade Away. George and Hugh worked closely for a long time to get the sound that George wanted and all helped when the engineer on the track, Chris Porter, added stacks of reverb.

The parent album was recorded in two different studios – vocals and some of the tracks were done in Denmark’s Puk Studios which was renowned for its quality equipment and the rest at Sarm West Studios in London, which was where many Wham! tracks were made.

Looking back on the video, George his wearing his then-trade mark leather jacket and playing an electric guitar which, a) he’s not really playing because he can’t play guitar and, b) is not even plugged in. When asked at the time why, his reply was, “Americans, if you stick a guitar on, you’ve got a bigger penis, simple as that.” He was also trying to show a more mature side to his image to try and appeal to a more adult audience rather than the Wham! videos which were appealing to the younger, party-going population. In a 2009 video commentary he revealed, “I was so overly conscious of my image at that age and so insecure that I had developed a costume for real life, which was that. The only thing I added was the pose. So, I knew there was a camp aspect to it. And by then I’d had sex with men, so I was a little less clueless as to how to portray myself.”

The song peaked at number two in the UK behind The Bee Gees’ You Win Again but topped the chart in Belgium, Canada, Australia, New Zealand, the Netherlands and America where it was his first solo chart-topper (because Careless Whisper was credited to Wham! featuring George Michael over there).

George’s public life was all about sexuality, relationships, drugs and various other strange behaviours including engaging in a lewd act in a public toilet in California which he later admitted was completely stupid and then made a mockery of it in the video to Outside. Sadly, he’ll also be remembered for crashing his car into a shop window in Hampstead in 2010.

What most of the public won’t know about George was his incredible generosity. He never wanted it to be known what he donated and to whom, but after his death on Christmas Day 2016, it was revealed that he donated millions of pounds to Childline, Macmillan Cancer Support and the Terrence Higgins Trust. It wasn’t just charities and companies, one day he was watching Deal or No Deal and saw a contestant who said she needed £15,000 to fund some IVF treatment. When she didn’t win it on the show, George called the production staff to get her details and donated the money she so desperately needed.