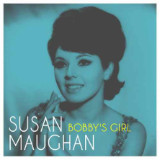 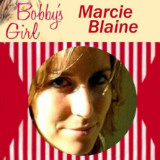 For anyone who has ever yearned for someone in their life, which is probably the majority of us, but never got it will be able to relate to this song. Bobby’s Girl is a simple song all about the local heartthrob called Bobby and all the girl want to be his girlfriend. Susan Maughan made the song famous in the UK towards the end of 1962, but, like so many songs of that era, the track had already been a hit in the US.

The original was recorded by Marcie Blane, who was born Marcia Blank in 1944 in Brooklyn, New York. Her father was a musician who played piano in a band called The Catskills, Marcie followed in his footsteps and learned piano and guitar as a child and when the family moved to Queens, Marcie learned flute and then joined the school band. She also became captain of the cheerleaders and secretary of the dance corps. In 1962, Marcie was about to graduate when a songwriter friend of hers asked if she would like to record some demos of songs that he had written. Marcie recalled what happened in an interview in the 90s, “It wasn’t supposed to lead to anything, I was just doing someone a favour. I was only supposed to go in and cut the demo and leave.” Those demos were played to Marv Holtzman, the A & R man at Seville Records, who liked the songs but, more so, loved her voice. “The fellow at the record company liked me and offered me a contract,” Marcie offered, “how could I say no to that? I don’t think I ever gave it much thought. The first song they came up with was Bobby’s Girl. That was the first recording session. I went away to camp that summer to be a counsellor so no one at school even knew I had recorded that song.”

The song was written by Hank Hoffman and Gary Klein, a couple of Long Island songwriters who had been submitting their material to various publishers around New York. Eventually, Seville records, a small label owned by Danny Kessler and Murray Sporn showed interest. They had already had a minor hit with Ernie Maresca’s Shout! Shout! (Knock Yourself Out), which later became a hit for Rocky Sharp and the Replays. Holtzman and Kessler had worked together a few years earlier at Okeh records but when they heard Blane’s demo of Bobby’s Girl they jumped on the idea of a teenage girl growing up and declaring that she’s not a kid anymore. The Blane version begins with the backing singers conveying the refrain ‘You’re not a kid anymore’ before Marcie comes in with the spoken passage ‘When people ask of me what would you like to be now that you’re not a kid anymore?’ and then begins singing with, ‘I know just what to say I answer right away….’

Marcie’s version reached number three on the Billboard chart, but did little else outside of the States. In October that year the British cover by Susan Maughan, who had begun as a singer with the Ronnie Hancock orchestra, was released. This was Susan’s fifth single released but her debut hit and made a very different arrangement by Wally Stott’s orchestra. It was a solid intro and her vocals open with ‘I wanna be Bobby’s Girl’ with no spoken passage at all. Susan probably stole Marcie’s thunder as her version reached number three in the UK, Israel and Ireland and number six in Norway.

In 1963, Bobby Rydell recorded a cover although an answer version might have been a better idea as, after all, he was called Bobby. His version borrowed the same arrangement as Marcie’s and adjusted it to his perspective with the slightly amended lyrics, ‘Say you wanna be Bobby’s Girl’ and ‘And if you were Bobby’s Girl what a faithful, thankful guy I’d be.’ There were, however a couple of answer versions in the shape of Stay Away from Bobby by the Sherry Sisters and She Wants to Be Bobby’s Girl by Dickey Lee. Surprisingly it hasn’t not been covered that many times but notably by Barbara Kay in the States but released in the UK on Woolworths’ Embassy label as Kay Barry and by Tracey Ullman in 1983 on her album You Broke My Heart in 17 Places.

Marcie recorded a couple more songs in the same vain, but wasn’t able to sustain the interest of her debut and by 1965 left the music business. She gave her reason in an interview with Bob Shannon from Goldmine magazine in 1988, “The music business was impossible for me to deal with. Everything changed. I felt very isolated and very lonely and I decided not to continue, I couldn’t. It was too difficult. I didn’t feel comfortable in front of a lot of people, with everyone making a fuss. I didn’t have the sense of myself I needed. It’s taken all these years to be able to enjoy what there was.”

Shortly after discovering Marcie, Marvin Holtzman spent some time in the UK and produced a few hits including The Bachelors’ I Believe. Klein became a successful producer, working with Gary Lewis and the Playboys, Glen Campbell, Barbra Streisand and many others.

Marcie Blane got married, had two children and was last known to be working as an education director at an arts theatre in New York. Susan Maughan’s career took a similar path to Blane’s by having two minor follow-up hits to Bobby’s Girl and then fading from the limelight. She too is married and is currently living in Eastbourne with her husband who is a theatre director.